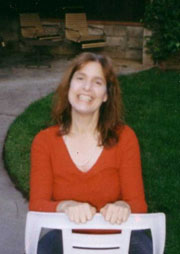 Epidemiological psychology; Psychosocial factors as they relate to the rates of psychiatric disorders in the general population, particularly in relation to race, ethnicity and gender. Gender, sex roles and mental health. Affective disorder and interpersonal functioning.


The epidemiology of aging: Our lab is examining the psychosocial factors related to depression, dementia among older adults.


Epidemiology: Our lab studies the influence of psychosocial variables (such as interpersonal functioning and social economic status) to onset and course of psychiatric disorders in the general population as a whole and among different ethnic and racial groups. In particularly we focus on depression, however, we also are also studying how psychological variables influence other psychiatric and health disorders. For example, we have completed several projects on early childhood abuse and its affects on psychiatric disorders, health, suicide. We have also completed projects on the ethnic differences in the experience of pain.

In a population sample (N = 5,877; ages 15 to 54) we found childhood sexual and physical abuse to be associated with the one-year prevalence of serious health problems for both men and women, even after controlling for family-of-origin problems. We also found that the participant's psychiatric disorders partially mediated the effect of physical and sexual abuse on health. However, childhood physical and sexual abuse continued to independently influence health status after controlling for psychiatric disorders. Contrary to expectations, individuals who experienced a combination of sexual and physical abuse did not have a higher frequency of health problems than those who experienced either type of abuse alone. Implications for these findings are discussed including possible mechanisms that may account for the association between childhood abuse and adult health problems.

Objectives: To determine if the perception of basic needs not being met among community dwelling elders increased mortality risk and to determine whether this risk varied by race. Design: Survival analysis of an epidemiological longitudinal study (EPESE) exploring factors predicting mortality over 16 years. Setting: One urban and four rural counties in the Piedmont of North Carolina Participants: Four thousand one hundred and sixty two community dwelling subjects aged 65+, approximately equally distributed between Whites and African Americans in 1986 selected in a stratified random sample of households in Piedmont of North Carolina. Methods: Subjects were administered an in-depth questionnaire in 1986 that assessed demographic characteristics, income, cognitive functioning (SPMSQ) and functional status (Rosow-Breslau). Subjects were also asked about the adequacy of their basic needs being met, including the adequacy of their income, quality of their housing including heat during the winter, and safety of their neighborhoods. Results: Over fourteen years of follow-up, 81.9% if the sample died, the average number of days survived among those dying being 3, 494. In uncontrolled bivariate analyses, older age, male sex, being unmarried, lower education, lower income, cognitive dysfunction, physical functioning impairment, and perception that basic needs were not being met were associated with increased mortality. In a Cox proportional hazards model that included each of the above variables, perception that basic needs were not being met was a significant predictor of mortality overall (p<.005) and for Whites (p<.01) but not African Americans. Neither sex nor actual income modified the risk of perceived basic needs on mortality. Conclusion: A perception that basic needs are not being met, even controlling for other known risks for increased mortality, is a strong predictor of mortality over an extended period of follow-up among White community dwelling elders.

In a biracial sample of community dwelling elders (n = 4,162, the Duke EPESE), African Americans endorsed more items than Whites on a standardized depression scale, the CES-D, in unadjusted analyses. However, several indices of socioeconomic status were found to mediate the relationship between race and depression, including education, problems meeting basic needs, and cognitive functioning. When these mediating variables were included in cross-sectional and longitudinal analyses, the association between depressive symptoms and race reversed such that Whites were significantly more likely to endorse depressive symptoms than African Americans. We conclude that these socioeconomic variables influence racial differences in the endorsement of depressive symptoms in community dwelling elders.

An association between depression and cognitive decline (CD) has been observed in cross-sectional and case controlled studies of elderly populations. Whereas a handful of longitudinal community studies have found depressive symptoms to predate the onset of CD, others have found no association between depression and subsequent cognitive dysfunction. In the current study of a longitudinal sample of community dwelling elders (n = 4,162, the Duke EPESE), we examined the temporal relationship of depressive symptoms and cognitive errors measured three years apart. Depressive symptoms were associated with subsequent CD even after controlling for baseline cognitive status as well as demographic variables (e.g. race, gender age, and socioeconomic status) and physical functioning variables. This was true for the sample as a whole as well as for a sub-sample of participants who evidenced no baseline cognitive difficulties. Theories regarding the role of depression in the subsequent onset of cognitive difficulties are discussed.